How To Get More Power?

How To Get More Power?

If we are honest with ourselves, we all want more power. We want to be people of influence.

At least… in one way.

We have a complicated relationship with power and power dynamics. We want our own way but we don’t really want to be held accountable. Everyone wants to be heard. We desperately want to avoid being ignored, undermined, or discredited. But ask a group of people where to go for dinner and immediately you can see that we do not like the responsibility and exposure of power. We are worried we will offend or get it wrong. Suddenly, everyone wants to magnanimously defer to others.

The truth is we all have some power. We have our own choices and our spheres of influence. There are ways in which we had more power. And there are ways in which we had less, though those may seem less obvious to us. Whether we are daydreaming about more or less power, we are also trying to figure out in real-time how to steward the power we do have.

So, how do we determine who has power, where it comes from, and how to get more? How do we discern what is truly helpful about our degrees of power and how to use them? 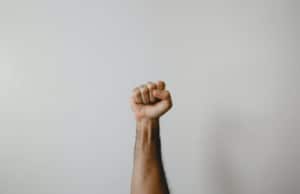 The Source of Power

Authority, gaining it and using it, is not as straightforward as we like to pretend. When the members of Congress make decisions that become laws, it sure seems as though they are the ones wielding the power. Of course, in one way, they are. IN another way, it is the people who elected those members. And the men and women of Congress are accountable to their constituents, who have the power to oust them for a more favorable representative.

We like to talk about power as a zero-sum game. Some have it, some don’t. Some are helpless under it while others wield it unapologetically.

This false dynamic creates a double problem. One, we think we are helpless unless we have ultimate authority. Which is dangerous; history is full of examples of this gone tragically awry. And the other side of the coin is that we ourselves neglect what we are responsible for. The other danger is that we think the point of our lives is to climb the ladder. To gain more and more until we are finally able to do something, to have things our way.

I know a friend who has a really domineering father. He wields power in a pretty abusive way in my friend’s home. But the mother is also highly manipulative and can bring the father to his knees with one well-placed criticism. His abuse and physical exertions of power are, in large part, reactionary to the emotional ineptitude he feels when his wife criticizes him. He feels like an emotional and intellectual weakling, so he tries to overcompensate with physicality.

This kind of thing is playing out in all kinds of ways all over the world. We tend to focus on the obvious, physical, hierarchical manifestations of power. And therefore we tend to give them the most credit, attention, and desire. But there are other forms of power and they are just as potent.

So, how do we navigate this? And how do we increase our authority?

Power, in all its forms, can be used for good or for ill. For a variety of reasons, the place to start is by recognizing where you do wield influence and do it effectively. Most people use the glimpses of power they have to try to get more hierarchical power. We use our energy to try to climb the ladder, which is not at all the same thing as stewarding the authority available to us.

We waste a lot of our potential in chasing the mirage of more power.

The truth is the best way to get more authority is to recognize the power within you and steward it well. Power is most effective when people see a person doing life well and want to emulate it. Heroes like Mother Teresa and Harriet Tubman are some of the most powerful figures of history. Not because they were in positions and told people, who had an obligation to follow, what to do. They wielded the power of their choices to influence and inspire people. Napoleon and Alexander the Great are comparatively powerless. Their power ended with their campaigns. They are interesting historical figures, but they do not continue with the same influence and impact Mother Teresa has on the world today.

So, ironically, the greatest way to impact the world is to become a servant. To love. To give. To care. To stop chasing the worldly positions of power, to get off the hamster wheel, to step out of the rat race and love one another. When we do that, we exercise the power we do have.

And that is the way to gain more power. Greater influence. It won’t mean you get your way or that you will be able to determine national policy or dictate world events. But the idea you can really control these things is an illusion anyway. The truth is power is a responsibility. And the more influence you are given, the more you are being asked to love and serve. You’ve got a choice: you can use it for good or for ill. You can waste your time trying to climb the hierarchy. Or you can love and you can serve.

There is nothing more powerful.