The Lost Art of Listening

The Lost Art of Listening

It doesn’t take much research or an extreme opinion to come to the conclusion that we are losing the ability to hear one another. Whether it is a capacity issue or a motivation issue, we have stopped listening to one another.

Communication is one of humanity’s greatest and most complex gifts. The ability to share information and ideas with one another allows us to collaborate like no other species. It can also be our biggest downfall.

Most conversation nowadays involves both parties waiting impatiently to say what they want to say. Barely tolerating the interruptions of the other person for the sake of having an audience.

Why is this? Why have we reduced human communication to tug-of-war? What has happened to the lost art of listening and how do we recuperate it? 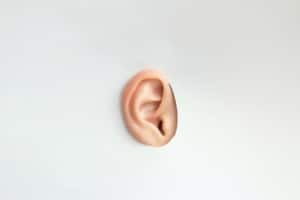 I am not a blame-everything-on-social-media guy. Not by a long shot. But I saw something recently that was really profound. Social media was blowing up in response to the latest political craziness. People were posting all kinds of things, riled up, angry, dismissive. And a friend posted something that basically pointed out how it seems most of our social media posts are a way of flying our flag of allegiance, the more fervent the better. It is superficial.

So, we communicate mostly in this way. We interact with a platform rather than with people. The best way to process these kinds of things is within a community, around people you love. We are posting and liking and stewing on the things we see/say on social media. Rather than processing things within direct human interaction.

The result is that listening becomes less and less important. It is hard to hear what people really mean, to observe their hearts and intentions, over social media. And since we control what we see, we can find our way to things we agree with.

To Hear and To Be Heard

That is maybe a mechanical way of saying it. Another way would be to say we are fighting to be heard. No matter who you are or what your experience is, there is a certain narrative that tells you your ideas have been devalued. They have not gotten their proper view. YOU haven’t been heard. And you need to speak up.

Just like most things taken too far, there is a clear and valuable truth to this. We do have a voice and it is valuable. It is worth expressing. You should express it. You should be heard.

But so should everyone else.

We have lost the latter for the sake of the former. It has become a zero-sum game, where opinions and ideas are mutually exclusive. So, opposition needs to be silenced, not heard. Newness needs to be either grafted or ignored.

All of us feel a bit drowned out by the noise. It is like when two conversations are happening at a dinner party, very near to each other. Each has to get louder and louder in order to make themselves heard. So, we are drowning in our own fear of insignificance. We are afraid we have been marginalized, ignored. And we are fighting to be heard. It is an endless and tiring fight.

And we SHOULD fight it. The world needs to hear what you have to say.

You also need to hear what the people of the world have to say.

Listening has become a lost art because we are all shouting over and past one another.

One-way communication is a breakdown in communication. Being heard and hearing are not just mutually inclusive, they are interdependent. When we don’t listen, we don’t allow communication to flow. It cuts the oxygen from our own thoughts, ideas, and expressions. And it cuts us off from one another, short-circuiting our ability to synergize and collaborate.